ImageJ is a powerful Java-based tool with a range of advanced image processing features.

At its simplest, you can use the program to optimise and edit most digital images. ImageJ will open most standard formats, including JPG, PNG, TIFF, BMP and GIF; you can then crop, resize, flip or rotate the picture, and there are all the usual tools to adjust brightness, contrast and colours, add text, lines and more. 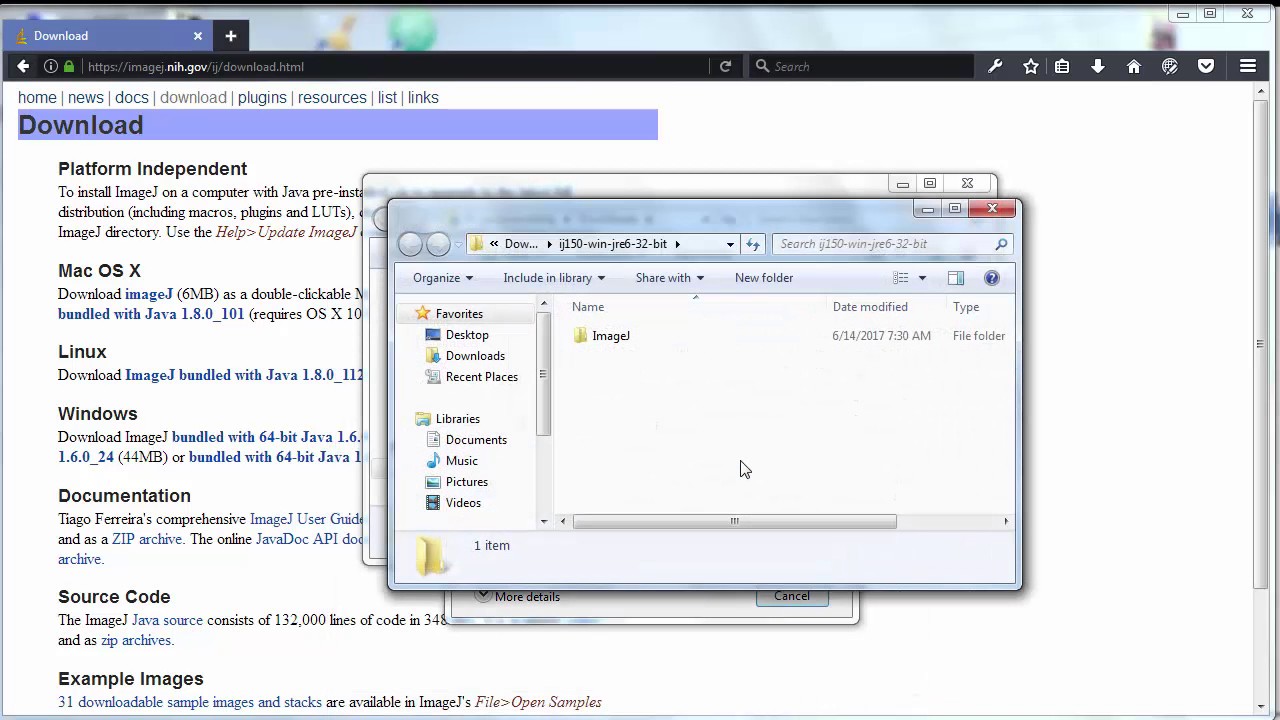 The program supports plenty of clever ideas of its own. A 'Stack', for instance, is a collection of related images in a single window. You can opt to open a folder of images as a stack, and if you do that you can then apply a single command to all of them in one operation. Stacks can even be saved as multi-image TIFF files so you can be sure they'll stay together.

And if that's still not enough, ImageJ can be extended with more than 500 plugins. Just browsing the list of what's on offer is enough to show you what an amazingly powerful tool this can be.

If you just want to sharpen your latest photos then there are simpler alternatives. If you'll make use of its image analysis or other advanced tools, though, ImageJ will prove a powerful and very capable application.

ImageJ is an open source Java image processing program inspired by NIH Image. It runs on any computer with a Java 1.8 or later virtual machine. Downloadable distributions are available for Windows, Mac OS X and Linux. ImageJ has a strong, established user base, with thousands of plugins and macros for performing a wide variety of tasks.

There are a few different flavors of ImageJ with very similar names, and some confusion is inevitable. Below is a table which should help to clarify the purpose of each. For the historical context of these projects, see History below. Download little snitch 3.5.3treecost.

The first imaging program that Wayne Rasband developed, starting in the late 70s, was called simply 'Image'. It was written in Pascal, ran on PDP-11 minicomputers and ran in only 64KB of memory! Rasband started work on the second, NIH Image, in 1987 when the Mac II became available. Rasband was a Mac enthusiast, and the Mac II had card slots just like the PDP-11. Rasband started work on ImageJ in 1997, when Java was becoming popular. Rasband was intrigued by the idea of creating a version of NIH Image that would 'run anywhere', including as an applet in Web browsers.

Here is a timeline of software development related to ImageJ: